← A Little Bit of Mercy, by David M. Hoenig
She Who Controls the Wind, by Kenneth C. Goldman → 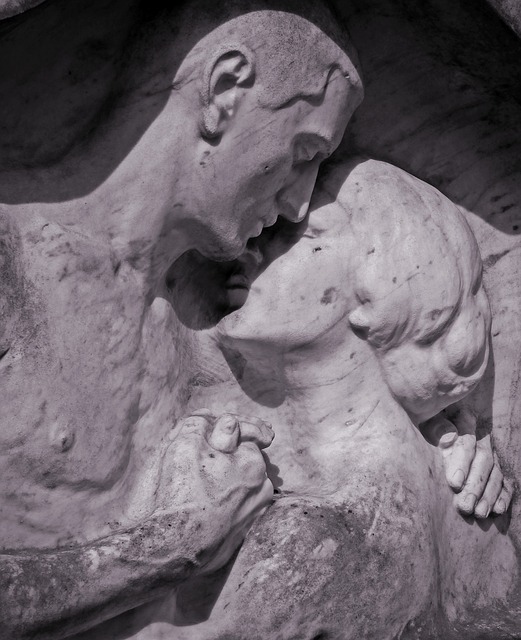 Electra used to shudder every night at bedtime.

She needed her beauty sleep, but hated sharing her bed with that gnome-like creature; all ears and nose and lips with a belly so big she was afraid he’d suffocate her if he moved up on her and covered her face.

How am I ever going to escape this life, she wondered as her nightly mantra followed by, Why me?

But Electra knew why her, she had plotted and connived until she had wooed Hubert away from her cousin, Susan, who had actually wanted to spend the rest of her life with such a vile looking man.

Now after half a century of marriage, she was almost happy with her existence. About ninety-nine percent happy. She only had to put up with Hubert on his weekly visits for a quick, cold, fondle and a stony kiss.  But she didn’t have a voice anymore, nor the ability to rebuff him, so she tolerated his intrusion into her perfect world, shuddering on the inside.

Back in the beginning, Electra was named Olive. She had been rather plain, but used Hubert’s fortune for her enhancement. After five years of marriage and surgeries she was transformed into Electra, one of the most beautiful women in the world.  She loved being worshipped by the press who never tired of taking her pictures.  In her dressing room, she kept all the clippings about her in ridiculously expensive binders.

Then one night, 45 years ago, Electra was changing her purse contents into her new diamond dusted evening bag.  As she took out the wrapping tissue from the new purse she found a coin about the size of a silver dollar. She studied the gold coin, and saw it had words engraved on it in a strange language. She squinted at it and turned on the large spotlight directly overhead to see better.

“Oh my” she gasped as the letters transformed and spelled out MAKE A WISH.

Considering herself a pragmatic person, Electra snickered in disbelief but muttered, “How weird.”

She looked from the coin in the palm of her hand as it glimmered in the bright overheard light to look at her reflection. As usual she smiled at the stunning creature in a slinky, sexy evening gown and fleetingly whispered, “God, I am so gorgeous. I wish I could stay this way forever.”

After the initial shock, she waited to be discovered, to be rescued, but it was days before she was found.  By that time she had decided that at last her life was perfect. She didn’t have to deal every night with that groping, slobbering thing she called husband. She did get to spend all her time with the one person she loved doing the one thing that made her happiest, admiring herself.  I’ll never grow older and age, I’ll never have to have corrective surgery to repair the wrinkles. I am perfect. Perfect!

Life was good. Hubert left her where she stood because he knew what made her happy, but once a week he would sneak away from his wife, Susan, to fondle Electra’s perfect breasts and kiss her good-night. “I miss you darling. I know you miss me.”

She so wanted to be able to tell him to just go away, but she couldn’t talk, just stood and let his vile self touch her perfect self.

Forty-five years can be a lifetime for some, but Electra never really noticed the time passing. Not until the day Hubert came up for his weekly visit. “I know you must have missed me these past five months, my darling, but I’ve…I’ve…I’ve been…sick. I know how sad this must make you but I have terrible news. Electra, I am dying.”

He stared into her perfectly composed face and added. “I can almost see the tears in your eyes. Please don’t cry, but as you remained forever young, I’ve aged and withered and will so be dead.”

She saw him for the first time, really focused on him instead and staring at the mirrors and saw Hubert, thin, gaunt and so fragile. She hadn’t noticed his absence at all, and almost felt pity for him, so pathetic, so mortal.

He held her frozen hand and gently cupped her breast in his other hand, then he leaned in and kissed her. As his palm touched the golden coin she was still holding, he sighed and softly said, “Oh my darling, I wish we could be together like this forever.”

Electra was no longer a statue and as she opened her mouth to scream, NO, the magic began to work as the new wish took the place of her old one. They were now frozen together in stone just as he wished.

Electra no longer enjoys her eternity. All she can see is what to some people would be a lovers’ embrace as they are locked in a kiss, holding hands as he fondles her perfect breast. Electra’s view of herself is forever blocked by his withered old body, his head covering her face, their image repeating over and over as the mirrors reflecting in the mirrors carries their image on and on into infinity. 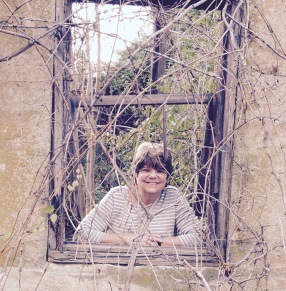 Diane Arrelle, the pen name of South Jersey writer Dina Leacock, has sold more than 250 short stories. She has two published books including Just A Drop In The Cup, a collection of short-short stories. She has a new collection of horror stories due out in the mid-fall. She is proud to be one of the founding members as well as the second president of the Garden State Horror Writers and is also a past president of the Philadelphia Writers’ Conference.She recently retired from being director of a municipal senior citizen center and resides with her husband and her cat on the edge of the Pine Barrens (home of the Jersey Devil).

← A Little Bit of Mercy, by David M. Hoenig
She Who Controls the Wind, by Kenneth C. Goldman →