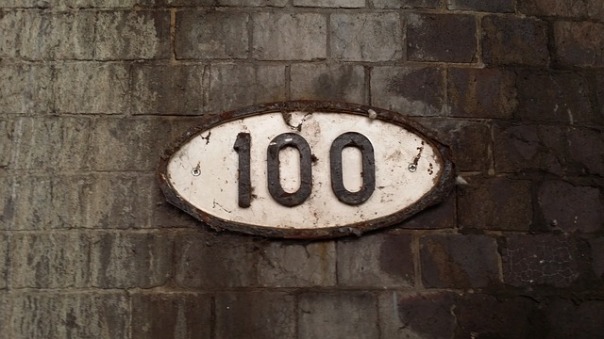 The drabble issues are always popular with writers and readers alike. A drabble, a neatly-packed, concise but complete 100 word story is a challenge to authors. How do you tell a finished whopper of a tale in just 100 words?

No matter if it’s hard or not, it’s hella fun! And our authors have given it everything and told their stories. Gripping, funny, scary stories…

And of course, readers love drabbles because they are short, easy reads.

What Dolls Eat, by Karen Bovenmyer

The Cheat, by Helen Howell

Life on the Dark Side of the Moon, by Michael A. Kechula

Last One In, by Phil Temples

He was coming and this time was his time. No more naughty sins. He cloyed of the black mark that Death could smell for miles away and she was burning mad. He’d stole from her thirteen souls. No one fucked with Fate. As he skulked into the alley, her powerful hand snaked out to cover his mouth, as he had theirs. Then her cutting shears pierced slowly, layer by layer until at his heart. Her hand muffled his screams of pain. As she finished punching the shears into his heart, she whispered, “As you did, so is done to you.”

Kally Jo Surbeck is a multi-award-winning best-selling author of several genres.  She has over thirteen books, including participation in several anthologies.   A few of her accomplishments are Colorado Author of The Year, the EPPIE (Excellence in electronic publishing) Action category.  Ms Surbeck, was, at that time,  the first woman to have written and won in said category.  She is also the winner of the Daphne duMaurier in thriller/suspense.  Her poetry was her first writing sale at the tender age of twelve.  Her works are in several different anthologies, commemorative additions, and one is even in the Holocaust Museum. https://www.facebook.com/Kally.Surbeck.Owren

What Dolls Eat, by Karen Bovenmyer

Our cat, Puddles, never missed breakfast, until today. When I told my daughter, she said the dolls, which she tucked in their beds each night, were also missing. Puddles loved to play with them—carrying them by the hair, leaving a porcelain hand poking from under the couch or a tiny spikey shoe at the top of the steps. At last, we found them in the 1/12-scale gazebo, sipping plastic red wine. My daughter had forgotten she did not put them away, but that did not explain their sticky hands and faces or the shine in their open, painted eyes.

The Cheat, by Helen Howell

Mirg Repaer tapped her long red nails against the silver of her space suit. Those back at head office had sneered at her. She was a new generation of Reapers. None of that black cloak and scythe lark for her—so outmoded. Besides she was determined to win the Reaper of the Year contest and show those old fuddy duddys a thing or two. So what if she didn’t actually wait for her humans to die, they still died didn’t they? Just because she helped them on their way was a small technicality and space was the perfect hunting ground.

Helen is a fiction writer, who writes in various genres which include fantasy, noir, horror and humour. She has written several short stories, flash fictions and poems. Her work has appeared in both e-zines, anthologies and print publications. She has two novellas published, a Psychic Thriller and a Y/A Paranormal. You can find her flash fiction, serials and poems on her website http://writingmywords.com

I pulled Gramm’s old Ouija board from the closet. What better time to contact her? Tonight’s Halloween, when the veil between worlds is thinnest.

I convinced my boyfriend to help.

We created ambiance with candles and incense, and sat with the wooden board balanced between us. Our fingers rested expectantly on the heart-shaped plastic planchette.

The planchette replied, sliding from letter to letter, until horrified, I made sense of them.

An invisible cold hand clasped my wrist. As the air filled with Gramm’s perfume – Anaïs Anaïs – I screamed.

Since first sending my work out into the world in 2003, I have published well over one hundred fiction and non-fiction stories in a variety of Canadian and American magazines, including WHAT IF?, SUNDAY@SIX, THE CONQUEROR, MYSTERIES MAGAZINE, SPACEPORTS AND SPIDERSILK, HALLOWEENFOREVERMORE, and BEYOND CENTAURI. I am also a contributor to the recent anthologies DEATH AWAITS, IN SHAMBLES, SPOOKY HALLOWEEN DRABBLES 2014, SPECULATIVE VALENTINE DRABBLES 2015, and THE GRAYS. My previous drabble submission, “Guidance,” was recently accepted by THE WERE-TRAVELER. I spend most of my free time reading, writing, and doing research for current projects.

On the morning our father was due to arrive home from his two-year space flight, all my little sister could do was whine about her dress being itchy, and all my mother could do was holler for us girls to “Get ready quicker!” and all I could do was gape when Mission Control opened the hatch where our father and his comrades should be, only for the cameras and the families to discover all that was left were intestines draped from the white sterile walls like tinsel and a message carved into the ceiling that read, “Thanks for the appetizers.”

Gwendolyn Kiste is a horror and fantasy writer based in Pennsylvania. Her fiction has appeared in anthologies including Strangely Funny II and Whispers from the Past: Fright and Fear as well as online at Sirens Call Publications, Danse Macabre, and Sanitarium Magazine among others. You can find her at www.gwendolynkiste.com and on Twitter (@GwendolynKiste).

Moonlit waves splashed around Betsy’s toes. She danced away from the enticing surf, then tiptoed back, the cool water soothing her sunburned legs. Could she end the pain, she asked herself. Not from the sunburn but from existence in this alien body.

The sand guaranteed endless life as a slave, as an experiment, as a hybrid “thing”.

The ocean, on the other hand, enticed Betsy with offers of death but also freedom.

When the electronic voice in her brain called Betsy to evening devotions, Betsy shook her head and strode into the waves, and watched her form dissolve around her.

Mr. Tobin holds a degree in mathematics from LaSalle University and is retired from L-3 Communications. He acted as a judge for The Were-Traveler’s Shinigami Stories: Reaping the Harvest of Souls issue and has four stories published by The Were-Traveler. Currently Mr. Tobin is the Associate Editor for Whortleberry Press’ Strange Mystery anthology. Seventy-five of his shorts stories and poems are published in print and on various web sites. Follow him on Twitter @TimTobin43.

Life on the Dark Side of the Moon, by Michael A. Kechula

“I wonder what it’s gonna be like living on the Dark Side of the Moon?” Harry asked a fellow immigrant on spaceship Resettlement.

“It’ll be far safer than living on Earth.”

“There’s no chance of ever getting attacked by werewolves, because there’s never a full moon.”

“What a relief!   What about vampires?”

Harry found the passenger’s words extremely comforting, until they landed and he ran into ten hungry zombies carrying flashlights.

Michael A. Kechula’s flash and micro-fiction tales have been published by 150 magazines and 50 anthologies in 8 countries. He’s won 1st prize in 12 writing contests and 2nd prize in 8 others. He’s authored 5 books of flash and micro-fiction tales, including a book that teaches how to write flash fiction. See his publisher’s site at: http://www.booksforabuck.com/ to read a free story or chapter in all of his books.

Astrid levitated off the sidewalk. She did it just because she could. The knotted pigtails and sweaty buzz cuts that mocked her during the school year never mocked the trick. In the hot summer sun, they nudged each other and pretended they knew the secret too.

None of them did. None except Astrid.

Mrs. Miller from next door rushed toward them.

“It’s the devil’s work,” she said and corralled the other children.

But Astrid just smiled and kept floating. Right through to suppertime, she hovered above the rest of the kids who kicked the ground and pretended they didn’t care.

Gwendolyn Kiste is a horror and fantasy writer based in Pennsylvania. Her fiction has appeared in anthologies including Strangely Funny II and Whispers from the Past: Fright and Fear as well as online at Sirens Call Publications, Danse Macabre, and Sanitarium Magazine among others. You can find her at www.gwendolynkiste.com and on Twitter (@GwendolynKiste).

The metallic alloy started to spread. The colonel struggled to reach his car in a panic. Two black helicopters hit him with spotlights. Soldiers poured into the parking lot, all wore bio-hazard suits, carrying M-16 rifles.

“Put your hands up,” a sergeant ordered, taking careful aim.

The colonel blinked, then smiled, no longer afraid. “No need for that, soldier,” Colonel Roth said.

“We’ve been expecting this.”

“Why?” the sergeant asked, now worried and taking a step back.

“In 24 hours you all will no longer be merely human. Rejoice!”

Chad Fleagle writes short stories, novellas, and poetry. His work has appeared in Nightmare Illustrated 6 plus two Drabbles. Horror and Science Fiction are his choice genres. When he’s not frightening others or showing them his vision of the future, he’s constantly working on new material.