← The Unseen, by Larry Kollar
Grin, by Daniel Ritter → 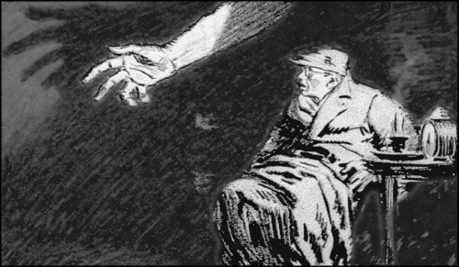 “I’m coming back for you,” the man said to the crowded courtroom, eyes locked on Bobby’s eight-year old form. “When you all growed up.”

Bobby shivered. The man had murdered his family while Bobby hid, terrified.

Years later, Bobby watched as guards led the murderer into Sparky’s waiting embrace. He wanted his nightmares to die in the lightning. The lights flickered. The killer wailed, “I’m coming back for you!”

When Bobby grew old, those words still haunted him as he sat in his rocking chair.

The lights flickered, went out.

“Now you all growed up,” the darkness whispered.

← The Unseen, by Larry Kollar
Grin, by Daniel Ritter →